The ranking will be refreshed every morning, starting form 19th of May 2020. 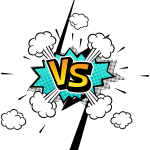 Embark on an epic Battle of the Lottos!

Play on either JackpotLotto or JackpotMillions (or both!) between the 18th of May until the 24th of May to collect points and climb up the leaderboard.

The leading 15 players who accumulate the most points, according to the winning lottery, will win cash prizes at the end of the tournament.


Points can be earned by playing on JackpotLotto or JackpotMillions and will be earned as follows:

This Lotto Battle offers 15 rewards, with the top prize being €100!

Prizes will be credited on Monday, May 25th 2020.
The ranking will be refreshed every morning.

WELCOME TO JACKPOT.COM
ALL THE JACKPOTS IN THE WORLD

THANK YOU FOR VISITING JACKPOT.COM!

CURRENTLY, WE ARE NOT ALLOWED TO ACCEPT
PLAYERS FROM THE UNITED STATES